Marty Hurwitz Wants to Sell You on Lab-Grown Diamonds 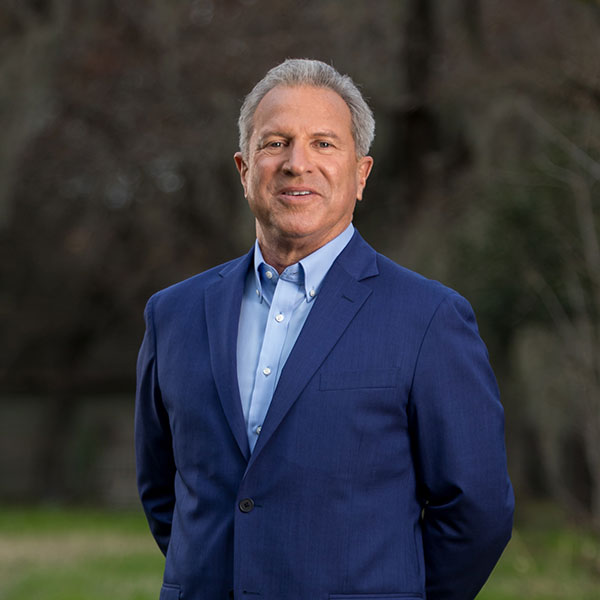 Marty Hurwitz, CEO of Austin, Texas–based MVI Marketing, has been a student of the lab-grown diamond market since 2004. That’s when his company did its first consumer research study on lab-growns, prompted by the news that Apollo Diamond Corp., one of the industry’s earliest growers, “was getting close to producing 1-carat white gem quality,” he says. “The technology goes back to the 1950s with General Electric, but nobody had ever crossed the commercial gem threshold.”

Hurwitz says that first study revealed “very little awareness that diamonds could be grown in the lab, but with each research study that followed, there was a little more.”

Around 2018, consumer interest began to pick up—a lot. “People were starting to see the product in some stores, and they were considering it for bridal purchases,” says Hurwitz.

In 2020, MVI did another consumer research study, “and the growth between 2018 and ’20 was massive,” Hurwitz says. “A lot more retailers were carrying it, a lot of consumers had heard about it mostly through friends and social media, and a lot more had purchased it.”

Hurwitz is such a believer in the category’s potential that he now sits on the board of Maryland-based WD Lab Grown Diamonds, and works with Lusix, a grower based in Israel, as well as a handful of wholesalers and distributors in the lab-grown space. “We keep a pretty good handle on the pulse of that market,” he says.

Hurwitz spoke to JCK about the myths he believes persist about lab-grown goods, why the biggest opportunities for lab-grown brands are in the direct-to-consumer space, and the key piece of advice anyone marketing lab-growns needs to remember (hint: “We’re in the love business,” Hurwitz says).

This interview has been edited and condensed.

To what do you attribute the category’s recent growth?

Clearly, more retailers are carrying it and offering consumers the choice of mined or lab-grown. There has been a buzz among next-gen consumers on social media talking about the benefits of lab-grown and the possibility of lower prices, and there was some sort of critical mass of information and pieces getting out there. And that drives people to the category.

How do you define “next-gen consumers”?

Anybody that’s 25 to 40 years old right now. The reason I pick those ages is that this group, in particular the 25-to-30 range, is now achieving a measure of career success that puts them into the discretionary spend category. And that category is going to last several decades for them, and so the brands they’re linking up with now stand a very high likelihood of being with them over the decades.

How did the pandemic impact the lab-grown market?

The pandemic has been a boom for the jewelry business and lab-grown has been no exception. All the wholesalers and growers are experiencing a tidal wave of demand they can’t even keep up with. With COVID, similar to the Texas weather disaster, people who’ve been worst hurt are at the bottom rung of the socioeconomic ladder, unfortunately. Everybody else who can work from home has more money in their pockets. And a lot of that money was going into jewelry, because it’s an emotional purchase.

What’s your take on the enduring debate about whether lab-grown diamonds are bridal goods or fashion?

Anybody who thinks lab-grown is going to be relegated to just the fashion side or the whimsy side is not seeing what’s going on at the consumer or trade level. There’s not enough lab-grown fine fashion jewelry out there, people could sell a lot more of it. But the major impact is what’s happening in the bridal space.

And what of the persistent question about how the cost of lab-grown diamonds will continue to decline as production ramps up?

There are some common myths. There are increased numbers of growers of lab-grown in the world, but not all growers are as good as others. That’s an important distinction. Anybody can come up with the capital to buy the machinery, but there’s a shortage of human scientists who actually know how to grow high-quality goods and repeat the growth so the goods are the same every time.

The category is much more technology than it is diamond mining. When the growers are good and the scientists can repeat the same product, like the semiconductor industry, that’s really valuable to the volume players like the big store chains. That’s not where the prices are reducing. They’re reducing at the wholesale level, when traders are selling one, two, three, or 10 stones. That’s where the discounting is happening. But if you are a chain, you need consistency, and a limited amount of people can grow that. It’s not the case that these guys are scaling up until the product gets cheaper and cheaper. There are pockets getting cheaper and pockets getting more expensive. Some people can grow “as grown” with no treatment. Some can grow HPHT, but that product does not look the same as pure-grown CVD.

And we’re still in the infancy stage. If we’re lucky, we’re at 5% of the diamond business. But Signet is going into this in a massive way. They’re the biggest buyer of lab-grown right now. They can’t get enough to support a nationwide campaign, but when they do get enough and get on TV with it, everybody else is going to want to be in it, too. I’m sure they’ll be on TV by the end of this year.

Are most of these brands going direct to consumer?

Definitely, because that’s where the lion’s share of margin will be. Right now, the discounting/haggling is happening inside the supply pipeline. Retailers are not discounting this product. They are reporting margins they haven’t seen in years, including triple key—mined diamonds don’t have that. This is a big opportunity for independent retailers to regain market share and a big opportunity for luxury brands to take a high-end perspective this year. I think the opportunity is at the consumer level.

What should a retailer new to the lab-grown category keep in mind?

First, you want to get as close to the growing source as you can. In the [diamond] exchanges, you see a lot of people passing around products from a limited number of growers. You really want to get prime sources. There are a range of Indian growers that are pretty high quality and getting better. The Chinese are only dealing in massive volume. And there is a whole network of traders trying to sell Indian goods.

You can get larger HPHT goods from Russia that are quite good quality, but you can’t get them consistently and they look different than CVD. There’s no question that “as grown” CVD is better quality but hard to get in big sizes.

Second, one of the biggest red herrings is the investment value of lab-grown versus mined. We are not in the investment business, we are in the love business, the emotion business. And people should stop telling consumers the myth created by De Beers 50-plus years ago that diamonds are investments. They are not, with some very rare exceptions.

If somebody buys a diamond, it’s very rare they’ll bring the diamond back in a day or so and say, “My fiancé refused to accept it.” Chances are much more likely that their diamond is resold 40 to 50 years later in an estate sale. So we need to stop this myth of investment-grade diamonds. The diamond’s value is an emotional value. I think retailers should take an honest approach among themselves. And when they do, they’ll realize it’s just another category.